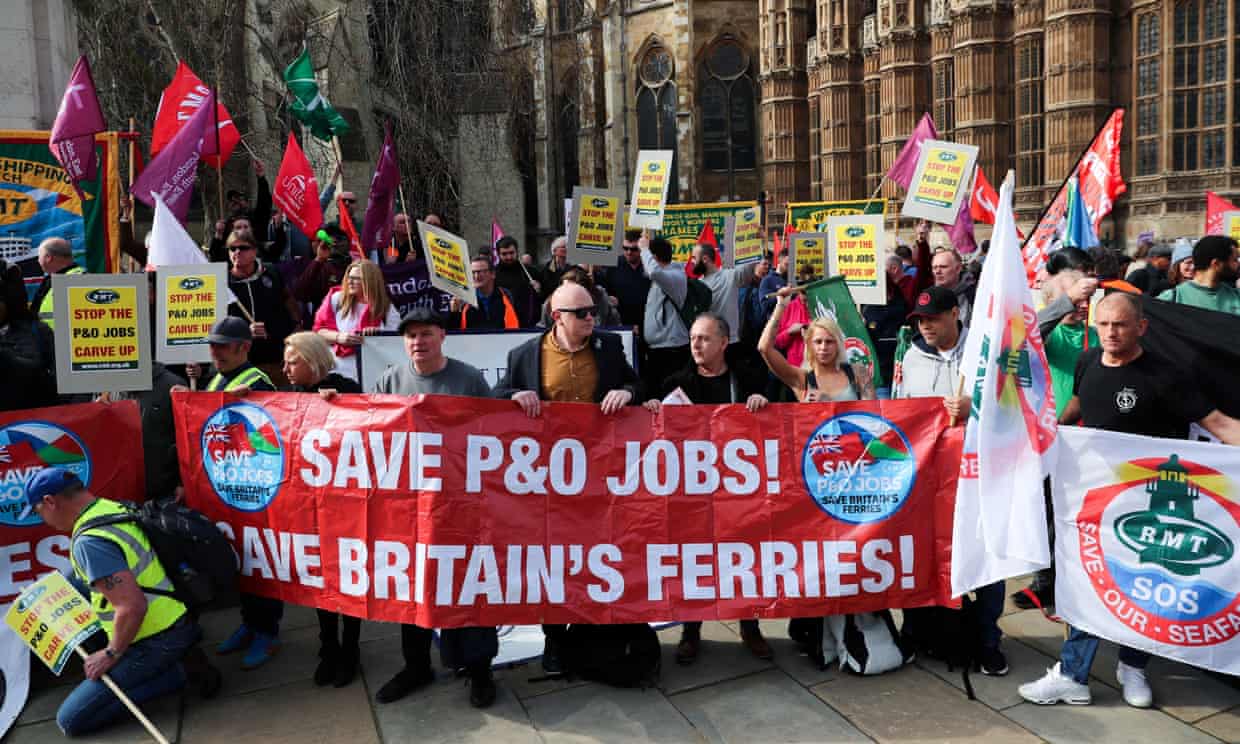 A protest over the mass sacking by P&O Ferries outside parliament on Monday. Photograph: May James/Reuters

Crew members onboard P&O Ferries were notified via a pre-recorded message on Zoom, without prior notice, that their contracts would be terminated immediately, and the crews would be replaced with non-union workers. Private security guards then boarded the vessels to forcibly remove the crews. Buses filled with non-union crew were standing by waiting to board the ship upon the crew’s removal. This comes after P&O Ferries’ owner DP World made record revenue and profits throughout the pandemic, turning over $10.8bn in revenue and $1.2bn in profit last year, a 33% increase in profit compared with the previous year. The company has paid out $376.1 million in dividends to shareholders over the past two years alone.

“The actions of the greedy management overseeing P&O Ferries is reprehensible and is a clear violation of the employment and human rights of the hardworking seafarers who manned their vessels. Morally bankrupt billionaires should not be allowed to treat their employees with such disrespect and the SIU of Canada will stand shoulder to shoulder with our Sisters and Brothers in the UK to call on those in power to ensure that this illegal action does not stand,” stated James Given, President of the SIU of Canada.

The SIU of Canada fears the precedent that action of this nature could set in the international shipping industry, if not handled with an appropriate response. If seafarers in the UK can be undermined so egregiously, it can happen anywhere, including here in Canada. We must call out these dangerous actions for what they are, and all SIU of Canada Members must stand in solidarity with our UK counterparts.

SIU Members are encouraged to sign the ITF petition condemning these actions, which can be found here; Sign the P&O Global Letter of Protest