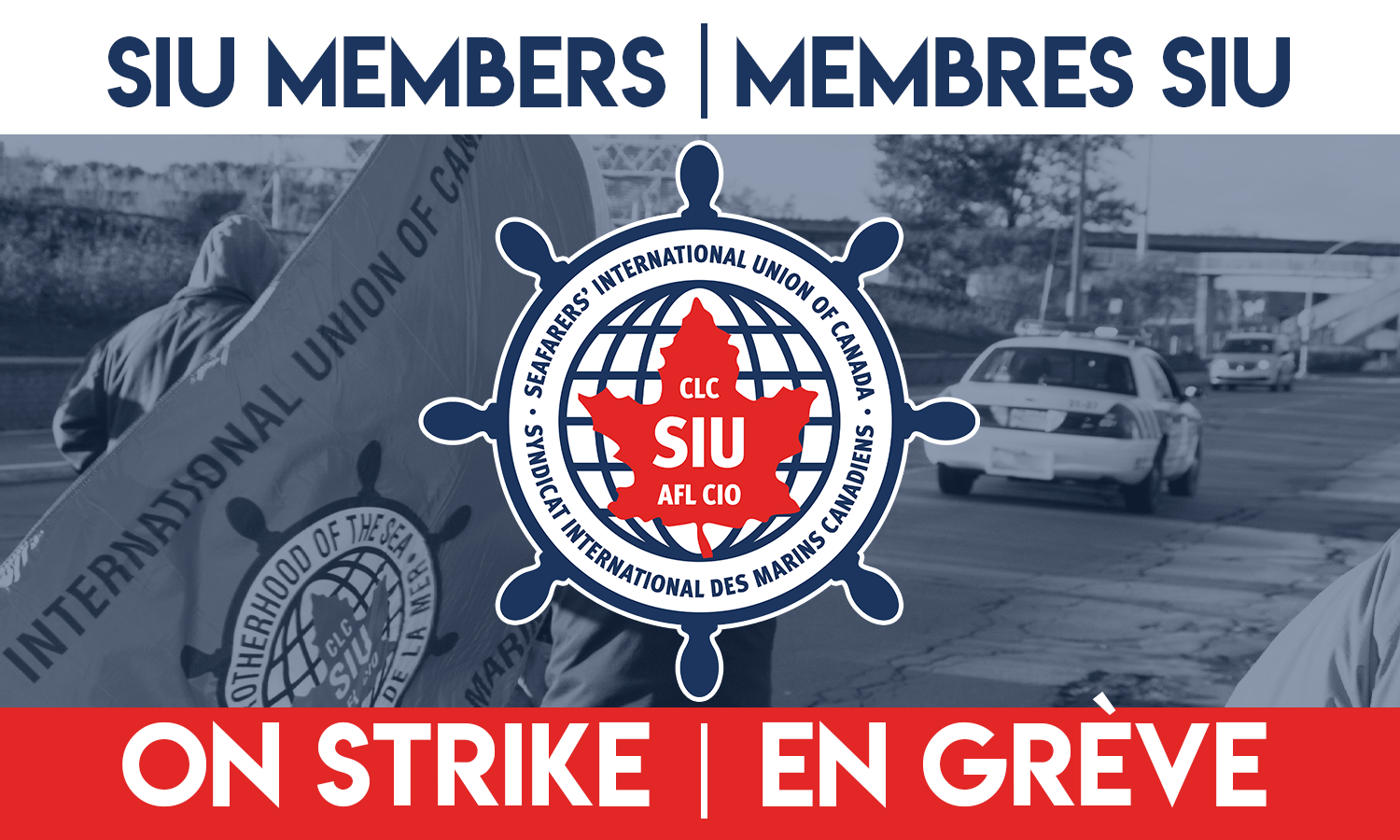 MONTREAL, QC – The Service Pilotage Océan Montreal (SPOM), represented by the Seafarers’ International Union of Canada (SIU) issued 72-hour strike notice to their employer, Groupe Océan, on Monday night after six months of negotiations where the company refused to make concessions or bargain in good faith with the Union’s negotiating committee. The members, who operate a pilot boat in the Port of Montreal, will not tolerate the unfair offers of the company, which are seen as unreasonable.

The members have been attempting to secure a fair contract with the company since the beginning of April 2021. The issues at the bargaining table are stemming from the company’s refusal to cooperate with the Union’s negotiating committee, with monetary issues being the main point of contention.

The strike is not the first to take place at the Port of Montreal this year, with dockworkers at the Port going on strike in April of 2021, which highlighted the unfair playing field that workers at the Port have become accustomed to, with SCFP-375 Débardeurs de Montréal, being the subject of back-to-work legislation introduced by the Liberal government just one day after their strike began. It is clear that companies operating in the Port of Montreal are heavily favoured during strike action, however, SIU of Canada Members will not stand back and allow the company to make unfair demands at the bargaining table, with no sign of compromise.

“We have tried for months to negotiate fairly with Groupe Océan, however, the company refuses to bargain in good faith. The company must treat our Members with the respect that they deserve and have earned throughout the pandemic and beyond. We will not sit back and allow the company to take advantage of us. We will strike until Groupe Océan can make concessions at the negotiating table because the company has given us no other choice,” stated Charles Aubry, Vice-President, St Lawrence and East Coast for the Seafarers’ International Union of Canada.

Various groups, Unions and stakeholders within the industry have expressed their support for the strike, including the SCFP375 Débardeurs de Montreal, United Steelworkers, the International Longshoremen’s Association, and Unifor section Locale 4320, amongst others. The Seafarers’ International Union of Canada, which is affiliated with the International Transport Workers Federation (ITF), plans on using every resource at its disposal to ensure scabs do not cross the picket line.

“The SIU has had a long relationship with Groupe Océan, but we will never jeopardize the well-being of our Members, who deserve the utmost respect from this company. The hard work of our Members have helped shape the Company into what it is today, however, the Company must understand that their labour comes with a cost, and that denying the right conditions for the job will not be acceptable,” stated Patrice Caron, Executive Vice President of the SIU of Canada.

About the SIU of Canada: The Seafarers’ International Union of Canada (SIU) is affiliated with the Seafarers’ International Union of North America serving unlicensed sailors since 1938. The SIU has been representing seafarers working aboard vessels on the Great Lakes, St. Lawrence River, East Coast, West Coast and Arctic since 1954. SIU members have acquired the reputation of being amongst the best-trained and most qualified sailors in the world. The SIU represents thousands of qualified seafarers across Canada.