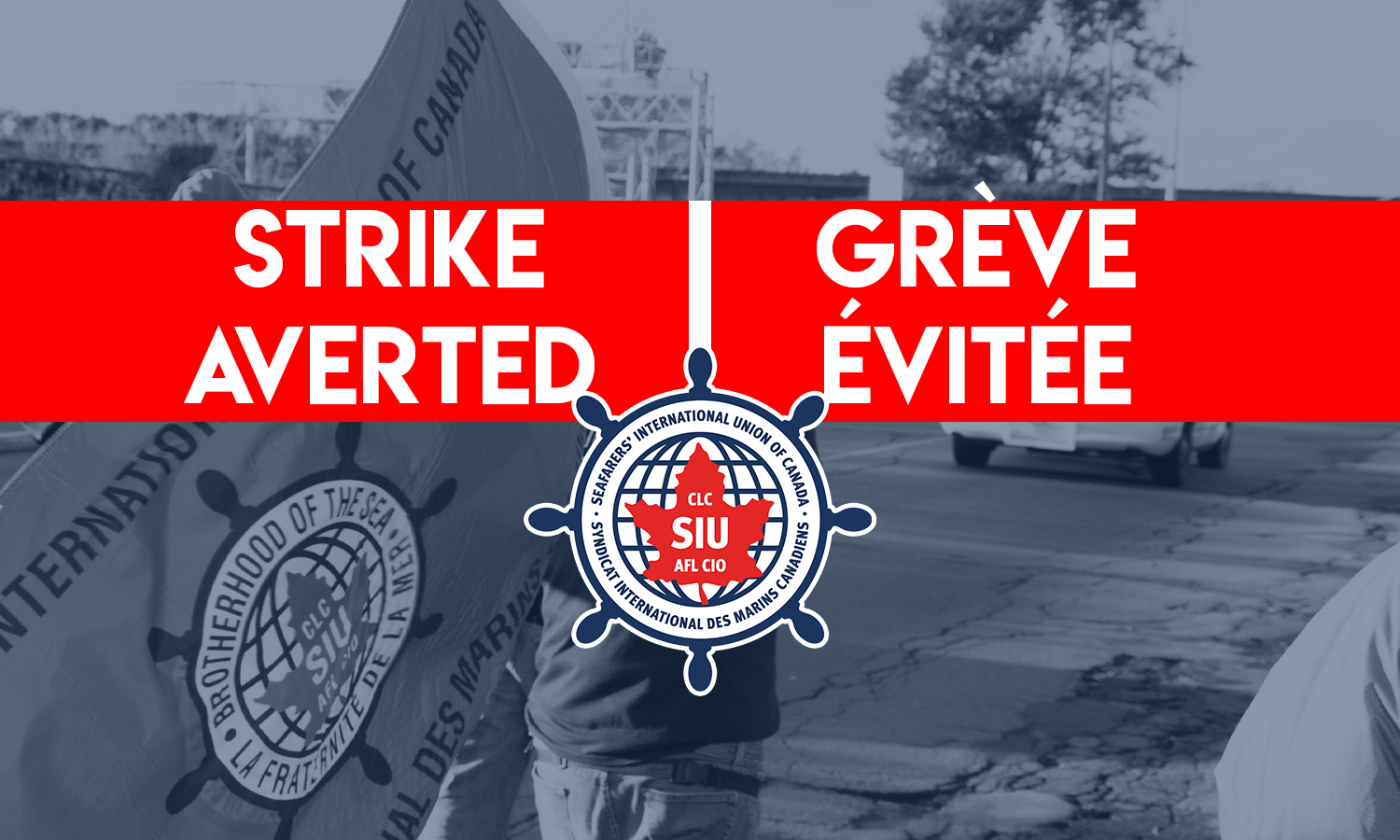 MONTREAL, QC – The Service Pilotage Océan Montreal (SPOM), represented by the Seafarers’ International Union of Canada (SIU), struck a last-minute agreement with their employer, Groupe Océan, on Wednesday night, narrowly avoiding a strike that could have shut down the Port of Montreal. Members on the SIU negotiating committee stood their ground and were able to secure a great deal that acknowledged what the Union’s Members deserved, which was only possible through the strength and unity of the Membership with SPOM.

Members have been attempting to secure a fair contract with the company since the beginning of April 2021. The issues at the bargaining table stemmed from the company’s refusal to cooperate with the Union’s negotiating committee, with monetary issues being the main point of contention. However, after issuing 72-hour strike notice on Monday, the company realized the commitment of SPOM Members to secure a fair contract and decided to come back to the negotiating table to offer a fair proposal.

“This is a significant victory for our Members with Service Pilotage Océan Montreal. We’ve fought hard for a fair contract, and it wasn’t until we issued strike notice to Groupe Océan that the company decided to take our demands seriously. The strength, unity and solidarity of the SIU Membership was on full display during negotiations, and the gains made in our contract discussions exemplify the strength of our Union and our Members,” stated Charles Aubry, Vice President St Lawrence and East Coast for the SIU of Canada.

“The SIU is pleased that Groupe Océan decided to make concessions to their demands to give our Members at the Port of Montreal a fair contract. However, it’s troubling when companies want to nickle-and-dime their workers, who have sacrificed everything for the company during the pandemic. It shouldn’t take the issuance of a strike notice for a company to finally begin to bargain in good faith,” stated Patrice Caron, Executive Vice-President of the SIU of Canada.