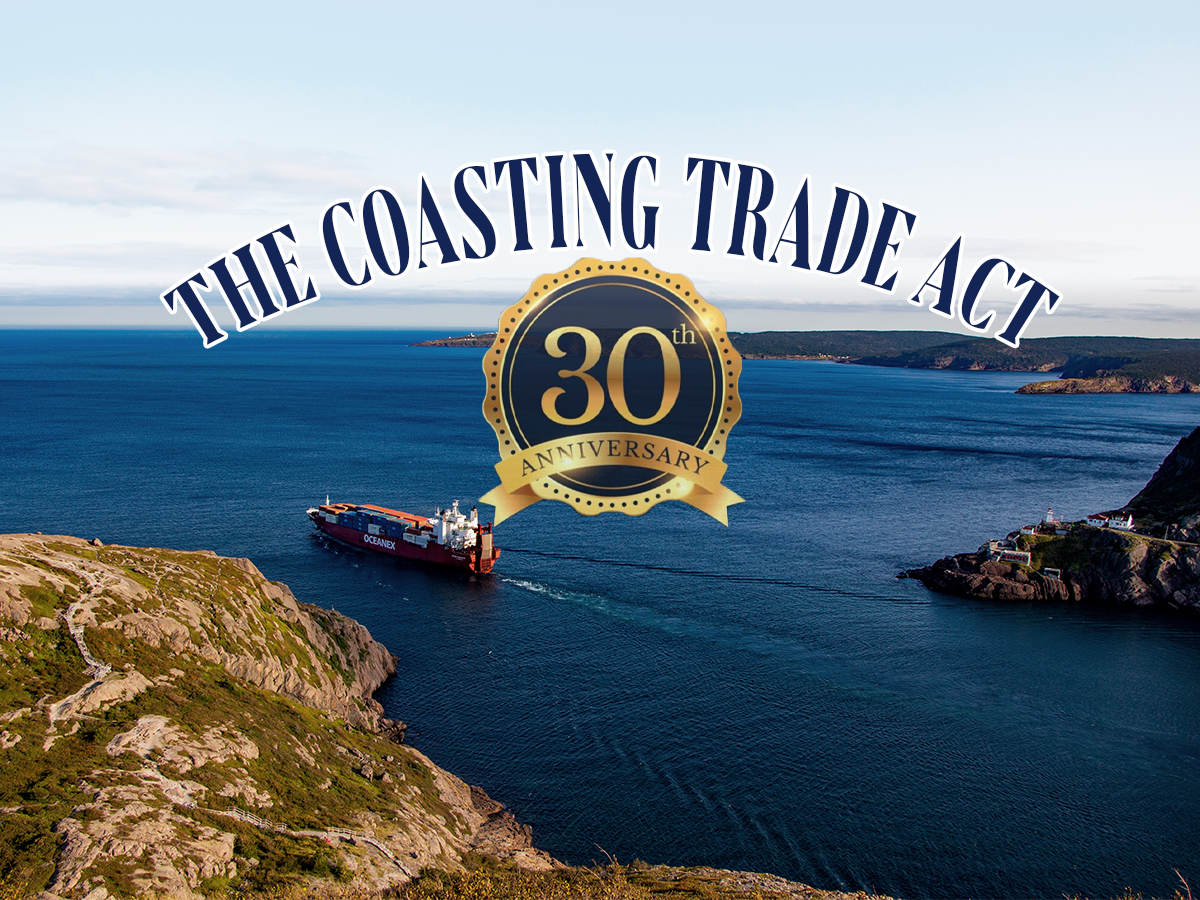 The Seafarers’ International Union of Canada is celebrating the 30-year anniversary of Canada’s Coasting Trade Act (CTA), which came into force on December 1, 1992. The Coasting Trade Act regulates all marine activities in our industry and protects Canadian cabotage to ensure that Canadian operators and seafarers have the right to work in Canada. Similar to the Jones Act in the United States, in Canada any domestic maritime operations involving the movement of cargo or passengers between two points in Canada is reserved for Canadian-flagged and Canadian-crewed vessels, as stipulated in the CTA.

The SIU of Canada has fought in support of the CTA for many years, having appeared before numerous parliamentary committees in Ottawa to voice our strong support for the act, and developing strategies to help strengthen the legislation. There have been numerous governments in power, international ship operators, and those that oppose cabotage laws that wish to see the act dismantled. The CTA is what keeps Canadian seafarers on board Canadian-flagged vessels. It is what keeps Canadian seafarers from being replaced by substandard operators with cruel working conditions for those on board. The CTA is what helps keep the Canadian fleet and Canadian seafarers amongst the best in the world.

We must continue to fight to ensure that the CTA remains a strong piece of legislation that governs Canada’s seafarers, while pursuing policies that strengthen and modernize the legislation. We will always fight for Canadian seafarers and the CTA is a key piece of government legislation that helps protect our Members. Here’s to another 30 years of the Coasting Trade Act!